Ken Dychtwald's Four Observations on the Future of Aging

Posted by ZenBoomerRadioGuy at 09:17 No comments: 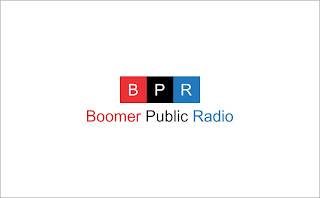 We in the world have one thing in common, we're getting older. This summer a new global media project will launch from Canada and be transmitted  through the world wide web. Boomer Public Radio is the new global  voice for Boomers and Beyond. Bringing news, information, stories, conversations, and entertainment to the fastest growing demographic in the world.

Boomer Public Radio (BPR) with it's weekly flagship podcast is based on the popularity of National Public Radio in the U.S. and CBC in Canada.  Boomers and pre-Boomers love the diversity of the "commercial free" programming content. The new media project plans on using crowd funding to jump start the initiative. Founded  by Allan Holender, an early pioneer of Internet broadcasting in Canada, who has over 40 years in the broadcasting industry. Allan has been a highly  recognized producer , nationally syndicated radio host, and acclaimed writer.  He's also been the  co-owner  of a terrestrial radio station in the the lower mainland of British  Columbia.

Along with his Masters studies in Sociology from the University of Montana, Allan has had a lifelong career in the social service profession, the University and Hospital environment, the business world.  All of which provides him with a background of experience and knowledge that allows him to represent a generation he intimately familiar with. As a husband, father and grandfather,there is not much in life experience that Allan hasn't been through, along with his share of medical challenges.

As an early adapter, Allan was at the forefront of developing content rich programming for digital online radio networks in both Canada and the U.S.;  Media On Tap, Positive World Radio, Conscious Planet Radio, Peachland Radio.COM , and Okanagan Radio.COM . In other words he has a stellar background in the digital media marketplace.

Through the power of social broadcasting, BPR will focus on  discovery and engagement with a range of audio types, including spoken-word stories, news, information, journalism, and entertainment. All geared to the Boomers Plus Generation. Boomers of the world need a citizen voice to be heard above the noise of corporate media and the drone of commercial driven radio. To emphasize the power of social broadcasting, Holender quotes Google on it's new "crowdcaster"platform;

"For years, we’ve invited iconic voices, from television and radio, into our homes. Today, with the power of technological advancement and a movement towards social sharing, we have an opportunity to give media back to the people. This is where the power of social broadcasting becomes really important - in its ability to democratise audio, giving voices to those we couldn’t hear before, and giving rise of a new era of information sharing around the globe!

Allan Holender, founding CEO for BPR will be the top exec of the new entity. “We believe BPR can be radio re-imagined” he said of the new project. “Having billions of radios, essentially, in people’s pockets, is an enormous channel for distribution that is still, in many ways, up for grabs.”

NPR, which BPR is modelling it's program content after,  more than doubled its revenue from podcasts in the past year, with similar growth projected for 2016. “We’ll probably more than double this year, and, the year before, it tripled year-over-year, so we’ve been seeing really great growth over the past three or four years in podcasting,” said Bryan Moffett, general manager of National Public Media, the corporate underwriting division for NPR.

National Public Media’s President and CEO Gina Garrubbo also told Adweek about the media group’s approach for podcast advertising. She emphasized the importance of mixing up ad placement and maintaining the personal connection listeners have to their shows. “We’ve found that three-quarters of our listeners report feeling warmth and they have a more positive opinion of brands that support NPR and three-quarters of them take action in response to sponsor messages,” Garrubbo said.

Holender hopes to have a similar positive response from his listeners to named brands that support BPR and it's mission. I like to call it "radio for the intelligent optimist", says Holender.

Canadian Imperial Bank of Commerce estimates that $750-billion will be inherited by members of the Boomer generation over the next decade. CIBC says there are currently about 2.5 million Canadians over the age of 75 with a total net worth of $900-billion or more, and the beneficiaries will be mainly Canadians currently aged between 50 and 75 years.

It says that it’s difficult to estimate how much of the money will be passed on to the Boomer generation in the future, so it has focused on what Canadians have actually received through inheritance. It says the average inheritance received by the 50-75 age cohort over the past decade was $180,000. CIBC forecasts the average inheritance will be higher than that, due to the increased value of assets – particularly homes.

Despite these revealing stats in Canada, the Boomers and pre-Boomer generations are the most underserved when it comes to media exposure, entertainment , product placement  and strategic marketing campaigns for those brands that meet the needs of the fastest growing demographic  in North America.  When it comes to the rising age wave and pending tsunami, there is still a negative implication to getting older. NBC chooses to place all of it's drug adverts during the nightly news, because it's the Boomers who are used to sitting down to the 6 p.m. evening news, and the advertising "suits" think we want to hear about drugs that will save our life, rather than products that enhance and enrich our life. We don't like fear and paranoia, Boomers like to think with their own heads.

NPR’s podcast lineage has been performing well in building audience. According to the recently released Podtrac industry rankings, NPR is the top publisher, followed by This American Life and Serial in a second-place tie.

Radio, which first arrived in the US in the 1920's, was quickly adopted by urban citizens. Today, it reaches more than 77% of adults daily.  76% of Baby Boomers listen to radio, more than any other demographic cohort.  Half of Americans listen to online radio weekly while at the same time in-home ownership of over-the-air radio receivers has dropped.

News/talk formats and public radio stations are especially appealing to mature, highly-educated listeners.  The average age of a public radio listener is 54.1 years old.  42% of NPR listeners are over 50 and 54% are college graduates.

Allan Holender  founded Boomer Public Radio  as an independent citizen voice, to help media improve their coverage of issues affecting the world's  increasingly aging communities.  Traditional media outlets just don't understand the aging population in communities around the world, They don't know the community's politics, the divisions among government and private initiatives and the diversity of programs. It all starts with the Boomers, those aged 51-69 and goes beyond Boomers to those 70-100.

"They have some predetermined perception about aging. they cannot separate aging from growing old and dying in an institution to aging gracefully, creatively, and at home. They have no idea about the differences  between those two perceptions. No idea."

The issue goes beyond the  boomer  community, Holender says. The public is poorly served when reports don't reflect the reality of life of someone who is growing older.  Estimates released this month by the U.S. Census Bureau show that Baby Boomers (ages 51-69) now number 74.9 million.

And the grey shift has already begun in Canada. As of this year, for the first time, Canada has more people over the age of 65 than under 15. The age group that now encompasses the boomer generation – 50 to 69 – makes up 27 per cent of the population, compared with 18 per cent in that age group two decades ago. The number of people over 65, the traditional retirement age in this country, make up 16 per cent of the population – double their proportion in 1971.

While the baby boomers will retire with generally better health, a longer life expectancy and more wealth than any generation before them, the move of such a large population group from producers in the economy to consumers and, ultimately, dependents, will create a gaping hole in Canada’s economic fabric. Our policy makers haven’t yet come to grips on how to fill it – even though experts have been talking about this demographic inevitability for decades.

Holender says the mainstream media has a big problem in reporting on the age wave, and it needs to be fixed.

Holender will be the producer and host of the Boomer Public Radio Podcast, created to bridge the gap and help media improve their coverage of issues affecting Canada's increasingly aging communities. In the process he hopes to break down generation barriers.

The podcast will be accompanied by an online daily newspaper  publication specializing in boomer issues and  stories about aging communities written by the people with a deep understanding of them.

"There is a need for that kind of filling the gaps and building an understanding," Holender said, noting there is a niche here for publications and writing that is reflective of the point of view of boomers and beyond in Canada, the U.S.and the world."

Holender hopes thoughtful, professional journalism about aging  communities, written by people who understand the nuances and complexities, will help Canadians grasp their nation's aging population better and  fit in to the rest of the Canadian population more smoothly.

Holender said crowdfunding should  help jump start the project, but "obviously the idea is to go beyond that and make it a commercial service and viable business venture." He has been in contact with a potential angel investor in New York City.

It's a big potential market for media facing tough times. Despite the large populations in Vancouver, Toronto, and Montreal, senior veteran media professionals are rarely seen in mainstream newsrooms. There has been a trend to hire younger and  inexperienced rather than older and well seasoned professionals. That leaves news media without important knowledge about a large part of Canadian society, Holender said.

He stressed it's hard for boomers and pre-boomers,  even with credentials, to get a job in English-language media.

Holender knows. He has hosted a  nationally syndicated radio show in both Canada and the U.S., and has an impressive resume with stints at publications like the Vancouver Sun and radio stations like AM650 in Richmond, and AM1040 and CFUN  in Vancouver.  But he found it next to impossible to find a home in radio in his sunset years.

"My story is emblematic of the story of lots of radio veterans in this country," he said. Some of the greatest and most popular radio voices of our time have been sidelined by today's young program manager's who did not experience the "magic" of personality radio in the 40's, 50's and 60's. Boomers yearn for those trusted voices to return to the airwaves somewhere, even if it's  in a digital podcast format.

Boomers don't consume much Canadian driven media other than the CBC. The magic of radio is gone, say many, controlled now by corporate mega companies,  and replaced by boring talk show hosts, endless commercials, and music geared to a much younger demographic base, something Holender hopes to change. You can learn more about Boomer Public Radio by going to their facebook site

On that site you  can sign up for their free digital newspaper "The Daily Boomerang"- The official digital voice for Boomer Public Radio- the radio show that takes you back and brings you forward."

For media and sponsor partner inquiries,

Posted by ZenBoomerRadioGuy at 09:04 No comments: